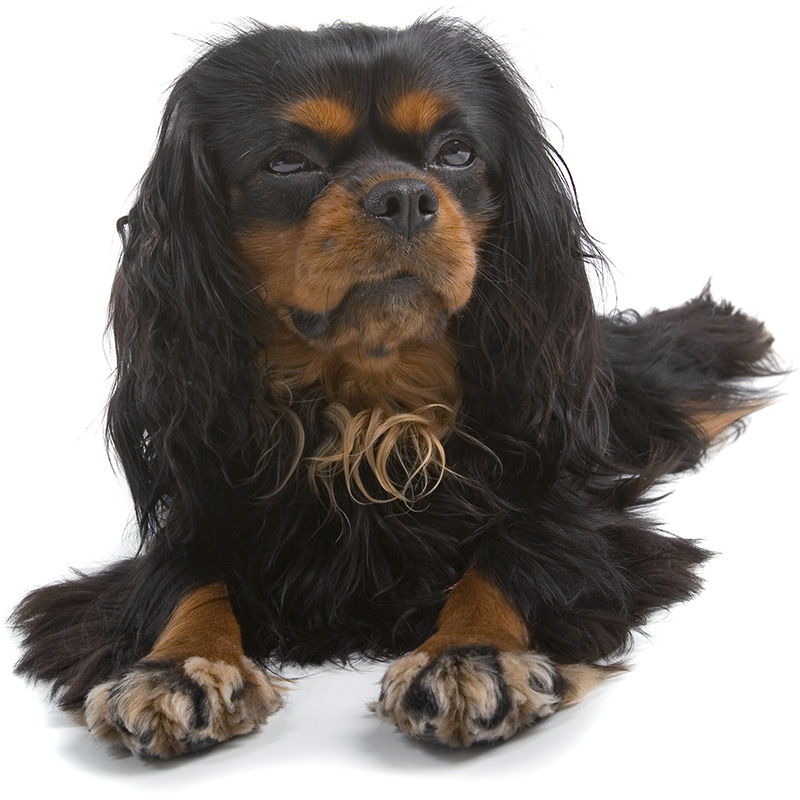 This dog is a true companion, sweet and lovable. They are happy, gentle, loving, and sweet little dogs. They have an aristocratic bearing but not snobbish at all. They love spending time with their families, usually on their laps. English Toy Spaniels require very little exercise and do well in apartment settings. They are intelligent and very well behaved. They get along well with children, but parents need to be vigilant to make sure both the children and the dog learn how to interact with each other. ETs are good watchdogs, alerting you when strangers come around. These little dogs make wonderful family pets as they are so sweet and happy and love to be with you.

English Toy Spaniels usually weigh between 8 to 14 pounds and stand approximately 10 to 11 inches tall. Their long coat is straight or slightly wavy with longer feathering on the ears, body, chest, legs and feet. Coat colors come in a variety of colors, including Blenheim (white with red markings), ruby (mahogany red, sometimes with a few white hairs), tri-color (white with black and tan markings), and black and tan.

This little dog is truly devoted to the death. Both Mary Queen of Scots and Charles I were accompanied by their little spaniels to their executions.