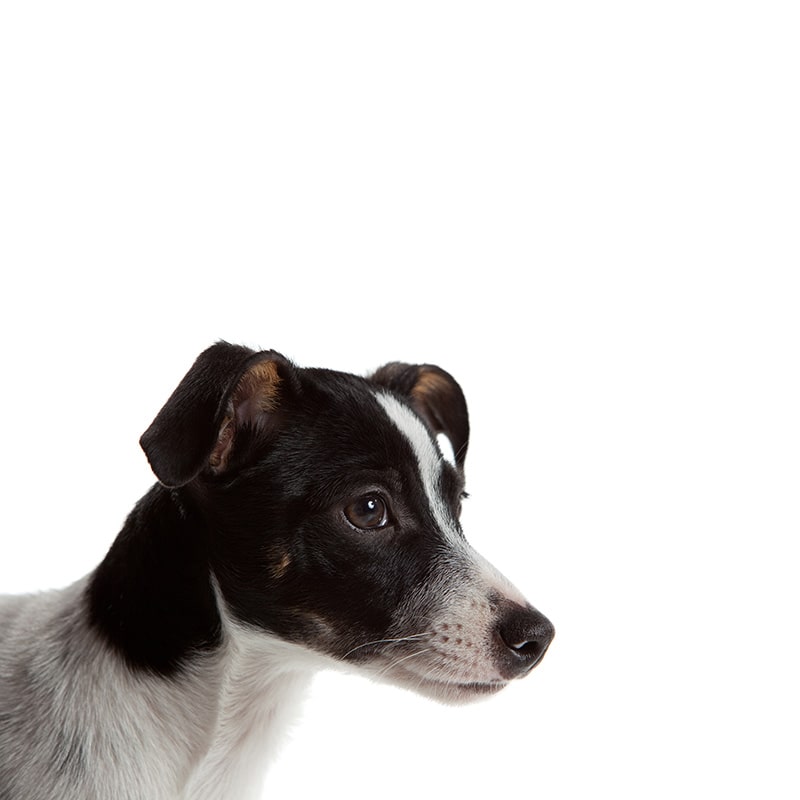 The American Rat Terrier was first developed in England in 1820 from a cross between the Smooth Fox Terrier and the Manchester Terrier. They were later brought to the United States in 1890. American breeders crossed them again with the Beagle and Whippet. The Beagle in the mix brought increased bulk with trailing and hunting ability, while the Whippet brought agility and speed. The smallest variety of the American Rat Terrier was bred from the Smooth Fox Terrier and the Chihuahua. These dogs were bred for one thing and that was to hunt – mostly rats! They’ve also been known to hunt squirrel, coon, wild boar, and deer. President Teddy Roosevelt aptly named the American Rat Terrier after his own little terrier eradicated the White House of any rats.

The American Rat Terrier is an intelligent, lively, personable, inquisitive, and energetic little dog. They love their family; however, they usually take time to warm up to strangers. The Rat Terrier is not usually a yapper, but they make good watchdogs as they will alert you to strangers. These little dogs have a pure terrier personality – that is, lively, feisty, and fearsome in nature. These little dogs are well-mannered, easy to train, eager to please, eager to learn, and make a very well-rounded dog. Rat Terriers like to be with their families and to be on the go. They require A LOT of exercise. This little dog makes a wonderful family pet as well as a great hunting companion.

The American Rat Terrier usually weighs between 5 to 18 pounds and stands approximately 13 to 16 inches tall. They are a small dog with a sturdy, muscular build. Their coat is short and smooth and comes in a variety of colors including tri, spotted, red & white, black & tan, and blue & white.

In England in the 1800s, contests were held on which dog could kill the most rats in a given time period. The record holder was a Rat Terrier that killed 2,501 rats in a rat infested barn in a seven-hour period!